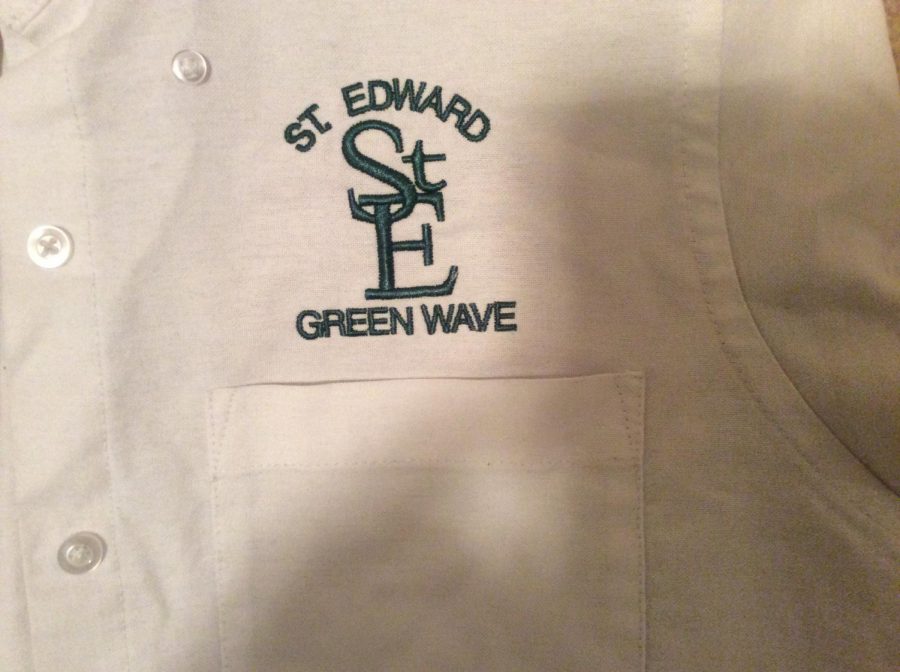 Every single student at St. Edward has to adhere to the dress code. “It’s part of our identity as a Catholic school. People recognize who we are,” Father Deitz said. This dress code has been with the school since the beginning, but has gone through many changes throughout the years. While the rules may be improving, the feelings about the dress code vary between students and faculty.

The students of St. Edward have the most inside opinions on the topic, considering they are the ones who wear the school uniform everyday. Of the students interviewed, they all can agree on a few common things and goals. This includes how policy has been enforced, unequal dress code treatment, and who the dress code targets.“No unjust situation has ever happened to me,”  said St. Edward student body President Nick Wright. Other students also agree that any uniform violations they have endured has always been reasonable. One thing not reasonable that the students have thought about is unequal dress code treatment. This can be when a teacher likes you and they don’t write you up or vice versa. No one said if this is unfair to them or not, but they agree it happens to them or they see it. Boy and girl students also agree that the girls have more rules and regulations than the boys and feel it targets girls more. “We very clearly have more rules,” determined junior Annalise Avila as she glanced at the student handbook.

Furthermore, we also see a split in opinions and feelings on dress code between each gender. Of the girls interviewed, they are most concerned with changing the rules on socks, ear piercings, and leggings. The most wanted change among the girls is on socks. The handbook writes, “Solid colored socks coordinating with the uniform.” The girls would like to be able to wear patterns, many exclaiming that it would be a fun thing for them to do.

The male students are focused more on the rules about shaving, ties, and belts. Wright expressed his concern about the shaving rule. “I don’t like having to shave. I get it, but we get in trouble for a little bit of stubble.”

Senior Matthew Estes also brought up something he finds unnecessary. “Getting a tie on takes a minute of getting ready.” Both students express a responsibility they have to take on that they dislike.

Students are not the only ones who work with St. Edward dress code; faculty plays a big part in it too. Teachers have to be careful and look for students who are not following the code. Many teachers say it’s hard for them to catch some violations because they have bigger priorities like teaching the class. “There’s a difficulty enforcing rules,” mentioned Ms. Rodman. It has been said that it’s hard for faculty to do so because students will complain and have various excuses for their actions.

An overall concern is how good the combination of expressed and implied dress code rules are. Expressed rules are rules written out in the handbook. This is a nice source to refer back to. Senior Hailey Niehaus expressed her opinion. “It’s easier to understand expressed rules. When St. Edward’s says they have the right to change anything it’s not fair.” Wright agreed and explained, “The school does whatever it wants,” referring to when the faculty has the right to judge how acceptable your uniform is.

Other faculty and students agree to disagree and believe implied rules are more fair. There were some comments to clarify this such as writing all the rules down are redundant, you can’t write rules for every situation, and it can’t be a perfect system. “Some things aren’t stated but everyone knows what’s right and wrong,” told PJ White, St. Edward’s Athletic Director, “Common sense has to be implied at times.”

As dress code is a part of being a student at St. Edward, Mr. White has a broader message for the students. “It’s not a personal thing, it’s just rules. Our goal is to make sure you have a wonderful education and that you go to college. That’s the main focus,” Mr. White further explained, “We’re all on the same team. It’s not us against you. It’s we. It’s all of us together.”