The USWNT Qualifies for 2019 World Cup 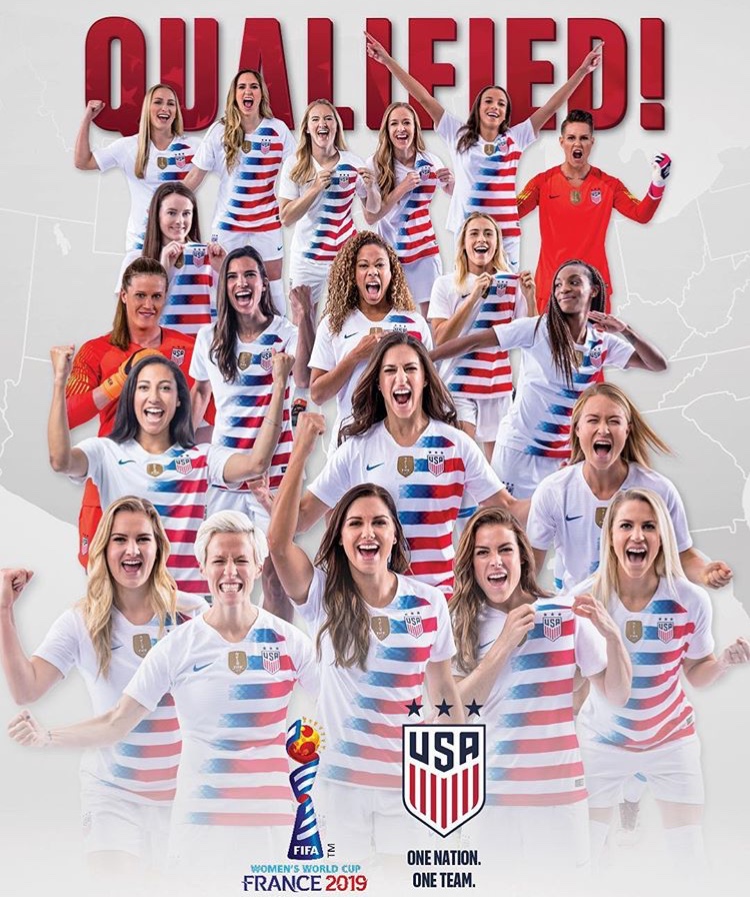 The United States Women’s National Soccer Team (USWNT) has just qualified for the 2019 FIFA Women’s World Cup. This will be their ninth appearance in the World Cup. The USWNT is the most successful team in international women’s soccer. They have won 3 World Cup titles in 1991, 1990, and 2015, and they’ve also won four Olympic gold medals.

The twenty players come from seven teams in the National Women’s Soccer League (NWSL) and one player comes from the UCLA Bruins. The team captains are Becky Sauerbrunn, Carli Lloyd, Alex Morgan, and Megan Rapinoe.

On October 14, the USWNT won the semifinal game of the Concacaf Women’s Championship, which qualified them for the 2019 Women’s World Cup. They defeated Jamaica 6-0 and all 6 goals took place in the first half of the game. Tobin Heath and Alex Morgan each scored twice, and Julie Ertz and Megan Rapinoe both scored once.