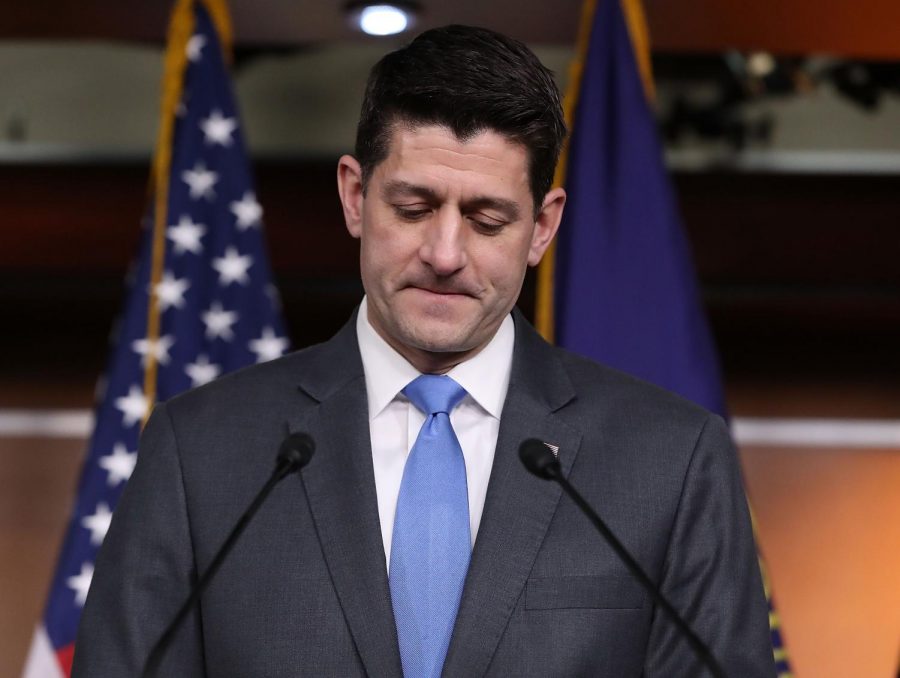 Ryan announcing to he House that he will not be seeking reelection.

Speaker of the House Paul Ryan announced yesterday that he will be resigning after the midterm elections in November. It has been skeptical for months that Ryan’s retirement has been coming but people have been unsure of this.

With this announcement, House republicans are now weary that they will not be in control of the House anyone. The republican party has been at odds ever since the new presidency and this announcement has further shaken things up. There is a fear throughout the party that Ryan’s retirement will further trigger even more retirements in the GOP. In regards to this Ryan said “if we do our jobs, which we are, we are going to be fine as a majority.”

Ryan says the reasoning for his retirement wasn’t regarding politics, but instead revolved around his family life. He wanted to be more than just a “weekend dad” for his family.