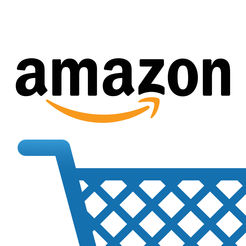 The past several years, online ordering has skyrocketed in the United States and even around the world. This means less and less people are going to the retail stores because people can buy almost anything just from a few clicks on their cell phone or computer. Recently, there has been some controversy over Amazon “using” the Post Office as their “delivery boy” causing a large loss of government money. President Trump has decided he has had enough and he is trying to put an end to this revenue. On average on $1.50 is being lost by the Post Office from each, yes each, package delivered for Amazon.

Amazon, being one of the most successful businesses in the world currently, will start to pay normal taxes even through their third party sales and could lose a lot of money. This could cause the lower prices on the website to jump a little and when you put normal prices and add shipping and handling on, things could get costly for buyers. This could help retailers gain more business with more people willing to go out and purchase things at their stores again.

Next time you buy a product offline you might want to think: Is this really helping our economy? Can I just go to a store and buy this? Or questions like: Why does this pertain to me? Who cares if Amazon is making a little extra money? Either way, look into what is going on in our local community today!