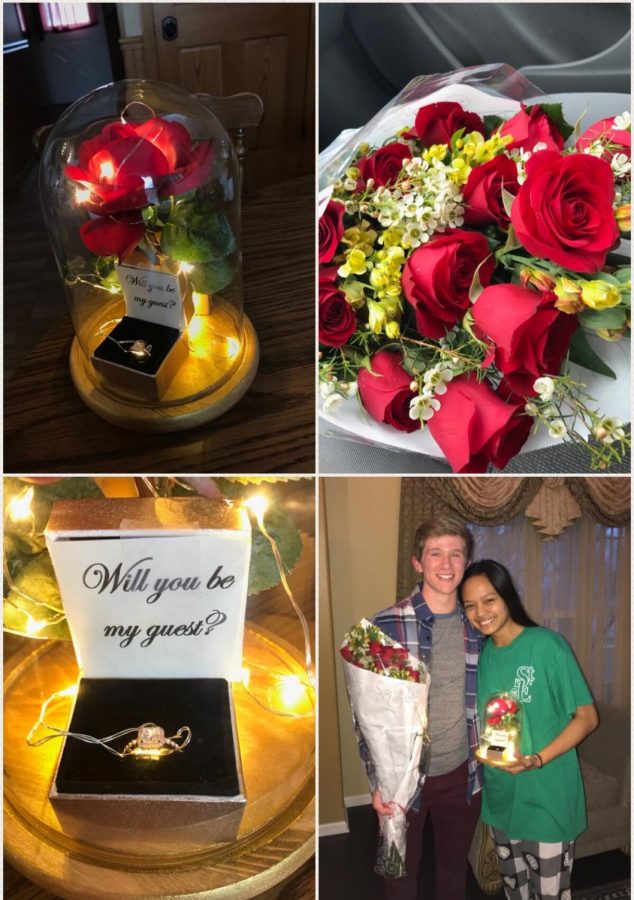 What is the best promposal? Prom has its ups and downs, it could be stressful and it can also be the highlight of one’s high school year. It is one of the most important dances for high schoolers and within those ups and downs, “the most stressful one (other than the girls finding their dresses) is coming up with a creative idea of how to ask someone to prom”, according to senior, Ben Harrington.

The simple days of asking someone to prom verbally are over. Many videos and pictures of promposals have become viral due to their extravagant connections to a sort of trendy topic that is currently going on in today’s society or simply because of how creative their way of asking is. “It took me a week of coming up with random ideas that suited Lourdes or relating that idea to something she likes. I finally put them all together and I tried making it perfect for her” says junior, Zach Olenek. Olenek asked senior Lourdes Galido by making a design similar to that of the rose in Beauty in the Beast. He then wrote inside of a ring case he also got her, “Will you be my guest?”, “I said yes! have to admit that he did put work into the detail and I was so surprised because of all of this! It was so creative”, says Galido.

Many promposals just like this one can get to be very elaborated and thoughtful causing a crowd of attention or simple and sweet. “Prom is about having fun and enjoying your time with your people”, says Harrington, “before prom is the only stressful part— just arranging everything, the times for pictures, the dinner reservations, but once everything is planned out is when the fun begins.”