Get Your Nerd On! 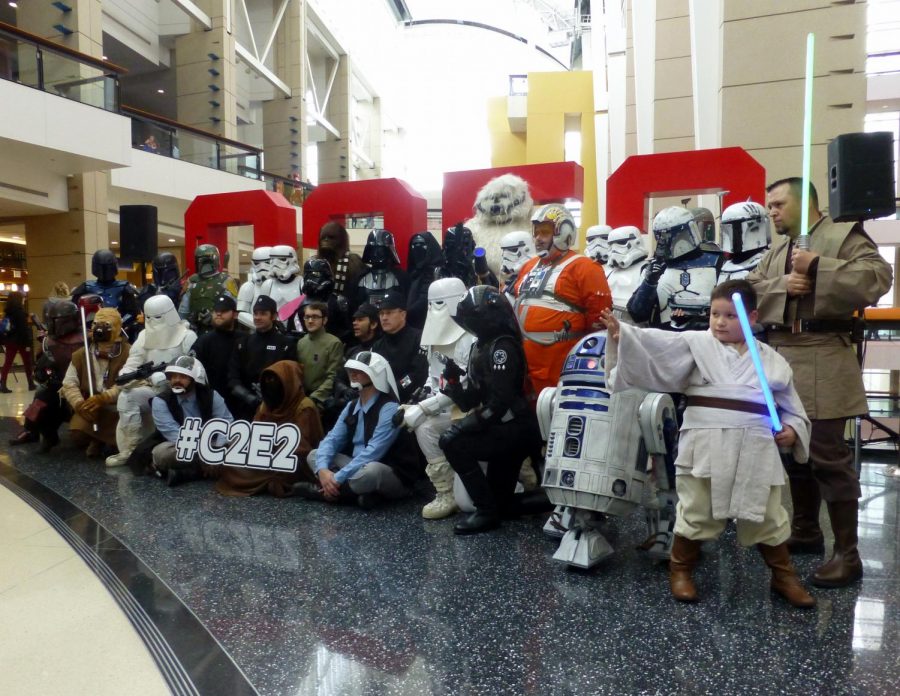 Pop culture is coming to Chicago on Friday, April 6 through Sunday,April 8! C2E2 started all the way back in 2010 at the McCormick Place in Chicago, IL. C2E2 stands for Chicago Comic and Entertainment Expo. Each year, C2E2 brings out tons of people, such as comic book creators, TV stars, and even movie stars. When going to C2E2, you will see many cosplayers dressed in costumes on the floor. You will see them mingling in a sea of comics, toys, and even memorabilia from TV shows and movies. Then you may catch a glimpse of some celebrities at the autograph halls. C2E2 has comics, pop culture, graphic novels, anime, manga, video games, toys, movies, and television.

C2E2 panels are a big part of the weekend. Fans with common interests can gather together and listen to guests talk about their experiences and even answer questions! Panels teach you skills and they feature the casts and crews of hit TV shows or movies. Besides panels, you can shop for comics, meet comic entertainment and literary stars, go to Artist Alley and get one of a kind art, check out cosplay central, play board games, and even video games among many other things! Along with these events, there are after-hour events for the adults. “We’ve added a tremendous amount of after-hours content, including a C2E2 Crown Championships of Cosplay after party, an Evening with Henry Rollins comedy show, Late Night Karaoke, and so much more,” says Negin.

Whether you’re a comic book fan or even a fan of Marvel and DC movies, C2E2 is the place for you! This event is perfect for followers of all things pop culture, from books and video games to television shows and movies. So try something new this April and head on down to Chicago for C2E2!