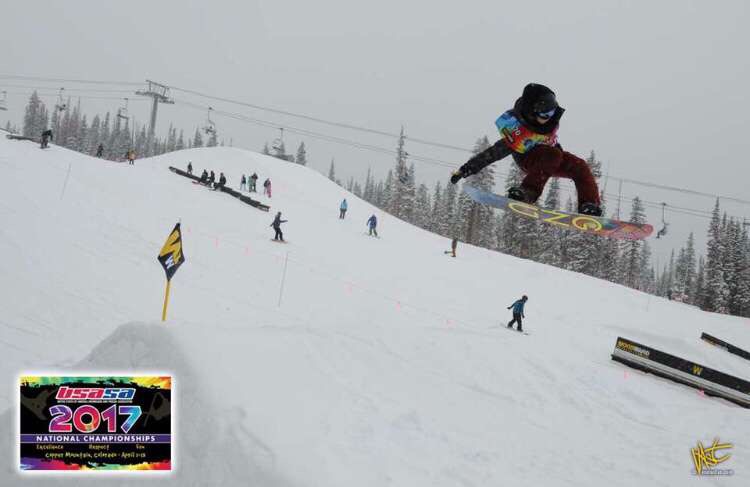 St. Edward junior Isabelle Reedy has had a very outstanding snowboarding career throughout her life.

She started snowboarding in 2008, when she was 9 years old. No one in her family has ever been interested in the sport, so it is a bit surprising that Reedy has become such a successful snowboarder. When she was two years old, she began skiing, and loved it. She then just decided to give snowboarding a chance and has not regretted that decision since then.

Once she started taking snowboarding more seriously, she practiced everyday after school. It was her go to after-school activity. The poor weather conditions do not stop her from training for competitions. According to Reedy, “Now that there is not much snow in the winters I can’t ride as much but I still go as much as possible.”

What pushed her to get to the level she’s at was mainly her friends. They inspired each other by always practicing together and it just pushed each other to do better.

She has been snowboarding for a total of 8 years and competing for a total 5 years. When competing for snowboarding you compete against other people of your gender and age in different events. Reedy competes and practices at Raging Buffalo Snowboard in Algonquin, IL throughout the winter season. Then, in April she travels to Copper Mountain, Colorado to compete at nationals.

Her greatest accomplishment throughout her snowboarding career is placing 2nd in the 2017 United States of America Snowboard and Freeski Association (USASA) National Championship. USASA National Championships is the largest snowboard and freeski competition held annually at Copper Mountain, Colorado for the past 10 years. Almost 2,000 ski and snowboard athletes travel to the resort for 12 days to compete in many different competitions.

From placing the 6th in the 2016 Nationals to 2nd overall in all of the categories including slopestyle, halfpipe, slalom, giant slalom, and boarder cross, Reedy has come a long way. After making the point quota that is required to be invited to nationals she and 74 other competitors all over the country competed for the first place title.

Reedy is not interested into making snowboarding a career but she is going to continue to keep riding and practicing as a fun hobby in the near future.

The best advice she could give is, “Stick with it because it’s hard to learn the basics but after that you’ll be doing tricks in no time.”