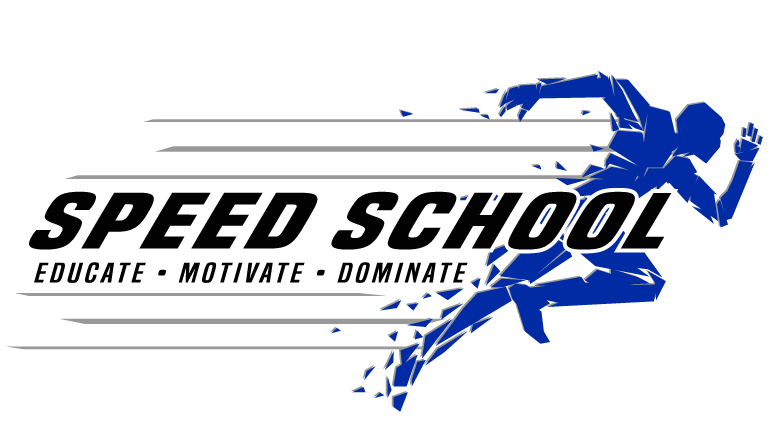 Many of you might be wondering, “what is Speed School? Who is Joe?” Speed School is Coach Joe Gustino’s training school for athletes. Coach Joe has trained hundreds of athletes at his gym since his training school opened ten years ago. Some of you might ask, “how and why are so many athletes from various sports at St. Eds going to Speed School?” It all started ten years ago when senior Dave Madden started to train with Coach Joe to prepare himself for football, soccer, and basketball.

Coach Joe has coached at St. Edward in previous years when the varsity football head coach, Mike Rolando, reached out. Due to his rapidly growing business , he needed to step away and let his gym make a name for itself, which it clearly has. Coach Joe spent a lot of time training great athletes from St. Charles North, St. Charles East, Geneva and several other schools around the area.

In November of  2016, Dave Madden told Green Wave football players Tyler Holte, Eric Santiago, Benjamin Harrington, Ryan Pomeroy, and Anthony Holte to come see what Speed School was all about. After a month or so, word got out to Coach Rolando that the whole football team was invited to participate in Coach Joe’s workouts every Saturday for two hours.

Madden added, “The Speed School pushes you past your boundaries multiple times and tests you everyday as an athlete and as a man. If you aren’t willing to sacrifice everything for the sport you love, then Speed School is not for you.”

Knowing how much Coach Joe could improve the speed and strength of his athletes, Coach Rolando decided to give it a shot and send his players to Gustino. “Speed School has made me the athlete I am today because we work on things that transform to the sport we are playing. The speed and lifting program is the best out of all the programs I have trained with,” UW-Whitewater football commit Holte says. “I don’t think I would be as strong or fast as I am today without the help of Joe. But it’s not just Joe, it’s the other athletes working out there who push each other to be the best they can be as well.”

This was Coach Joe’s chance to step in the door at St. Edward once again. If you ask one of the athletes from St. Edward, he ran through that door wide open and ran with it. Coaches and athletes around the school started to get curious and they couldn’t resist the potential progression of their athletic abilities. Coach Joe has recently started to train the Green Wave girls volleyball team, then the Green Wave cheer team, and then the Green Wave girls basketball team as well., and so on and so forth. Students from St. Edward who aren’t even in sports began to go to Speed School just to train and become more athletic. Coach Joe has coached me to be stronger and way faster than I thought I could be. There is no better feeling than pulling up to Joe’s because you know Coach Joe is going to make you better by pushing you harder every time you step foot into The Speed School.

Coach Joe Gustino has given the students from St. Eds the chance to be fit and reach their fullest potential as an athlete. If you have not had the chance, you should make some time and check out The Speed School. No matter how tired you are, or how much pain you are in just remember, IT AIN’T THAT BAD!