The Not so Silent World 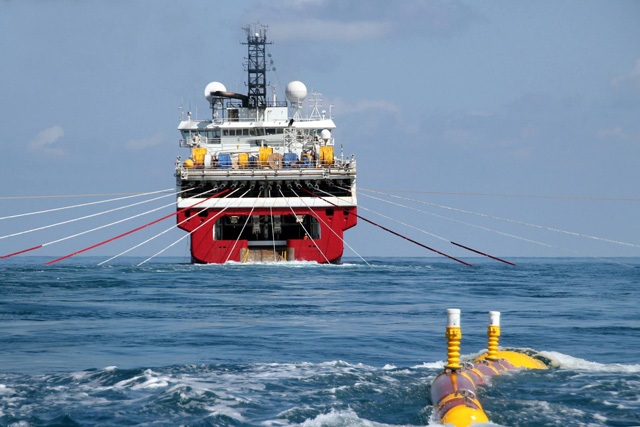 If you have ever gone scuba diving, you would expect the ocean to be silent and peaceful right? The first ever sound recording underwater was in a documentary by French oceanographers, Jacques-Yves Cousteau and Louis Malle, called Le Monde Du Silence or the Silent World in 1965. The earth’s water, once known as the “silent world”, is now quite loud. If you have ever been in the ocean and listened, you’ll notice sounds coming from everywhere at once, mostly from boats.

Ocean life is pretty loud in itself. For example the toadfish oscillates their swim bladder which are loud enough to keep houseboat residents in Sausalito, California up at night. Snapping shrimp produce sound by creating tiny popping bubbles with their claws. This sound has been measured up to 200 decibels,  louder than a gunshot.

Most sea life has evolved to using sound as its primary sense since the light can’t penetrate very deep into the water. Because water particles are more densely packed together than air, sound travels farther and faster in water. This makes for an easy way of communicating for sea life at any depth and at any time of day. Noise travels about four times faster and farther underwater than it does in air.

One of the most common noises in the ocean that can be picked up almost anywhere is boats. Noise from ship traffic has doubled every decade since the 1960s. This is a huge problem for sea animals that use sound as their primary sense. Sound communications by animals like dolphins are often drowned out by passing ships or boats.

But arguably the worst culprit of underwater sound pollution is caused by seismic surveying. Seismic surveying allows companies to find spots on the ocean floor to drill for fossil fuels. Boats with about 30 to 40 airguns that will go off at once will move back and forth over a large area of the ocean. This process is about as loud as a jet at take off and can go off for weeks at a time.

A study of seismic survey noise between 1999 and 2009 found that air gun sounds were recorded almost 2,500 miles away from ship itself. At some locations, these sounds were recorded on 80 percent of the days for over a year. It should be obvious that this changes the way animals behave.

A study by the Institute of Marine Science at the University of North Carolina found that reef fish abundance decreased by 78 percent during seismic surveying. For animals like whales who rely on complex sound communications to socialize, find food, and mate, this is a huge problem.

A heat map from the study of endangered North Atlantic right whales shows that shipping paths near Boston squeeze the whales into a tiny space where communication is possible. It’s about a third of what is was without the ships.

Susan Parks, a biology professor at Syracuse recorded right whale sound throughout the early 2000s. When she compared her audio to some that had been recorded in 1956, she noticed that the older sounds were much deeper than her higher pitched ones. It turns out that the whales have been calling at a higher and higher frequencies in order to hear each other over the hum of the ship noises. There’s also evidence that boat noises stresses the whales out.

After the September 11th attacks, researchers in Canada’s Bay of Fundy compared underwater noise levels during a period of reduced ship traffic to the stress related hormone levels in the right whale population. They discovered a 6 decibel noise decrease in the bay after 9/11 which correlated to lower baseline levels of stress related hormones.

A 2017 study found that they were two to three times more dead zooplankton after a day of blasts from a single air gun. And the larvae of krill, which whales rely on for food, were totally destroyed.

We’ve only explored about 5 percent of the ocean so far, so it’s easy to forget what we can do on the surface affects everything down below. But like plastic, chemicals, and waste, noise pollutes our oceans too. Understanding this will help encourage us to protect it.