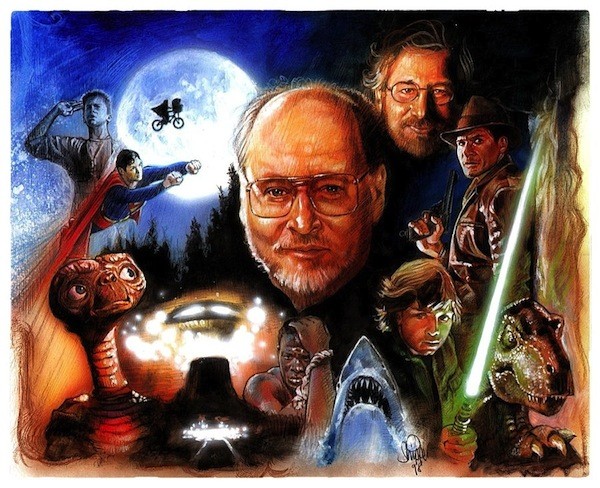 On February 8, 2018, John Williams turned 86. To some, this name may not be well known. But to people in the movie industry, and especially the music industry, this name is as common as Steven Spielberg. J. J. Abrams once said: “Remove his score from any scene and it becomes nearly unrecognizable. Something’s instantaneously and fundamentally gone, perhaps the soul of the piece.”

John Williams is arguably the best film and television composer of all time. He has written music for many of the greatest movies. Among the movies featuring Williams’s score are: Star Wars (all except Rogue One), Harry Potter (1-3), Indiana Jones, E.T., Jaws, Jurassic Park, Home Alone, Saving Private Ryan, Close Encounters of the Third Kind, Schindler’s List, The Patriot, War Horse, and Superman. Williams has done the score of almost every Spielberg movie to date. He has also composed for 8 of the top 20 highest grossing films in the US.

Williams was born to Esther and Johnny Williams, the latter being a jazz percussionist. After graduating North Hollywood High School, Williams went on to study at the University of California where he furthered his knowledge on composing and music. In 1952, Williams was drafted into the Air Force. There, he composed music for the US Air Force Band and played the piano.

After the Air Force, Williams moved to New York City. He went to Juilliard School and enhanced his studies in piano. Williams played for jazz clubs and played a lot of jazz piano at this time. Later, he moved to Los Angles where he worked as a session musician. In the 1950’s to the 1960’s, Williams started composing music for television programs. This would start his career as a film and television composer and conductor. Williams also would find love and marry his wife, Barbara Ruick, in 1956. They would have three children together: Jennifer, Mark, and Joseph.

Williams would continue composing for television (including the pilot episode of Gilligan’s Island). His first film composition was in 1958 for the movie Daddy-O. Williams received recognition in Hollywood for his skill with the piano and ability to play jazz. In 1967 and 1969, Williams received Academy Award nominations in film scores, but it wasn’t until the 1971 movie Fiddler on the Roof when Williams won his first Academy Award in music arrangement and conducting.

In the 1970’s, Williams fame in movies grew. He composed music for Irwin Allen’s The Poseidon Adventure and The Towering Inferno. Then, a huge moment in cinematic history happened in 1974: Steven Spielberg approached John Williams to compose the music for his first movie: The Sugarland Express. This was also the year William’s wife passed away from a cerebral hemorrhage. Williams was obviously upset over the loss of his wife, but decided to score Spielberg’s movie anyway. This started a Spielberg tradition of having Williams compose every one of his movies. A year after this first movie, Williams would team up with Spielberg again for Jaws. This movie would gain Williams his second Academy Award. The music in Jaws is considered one of the best for a suspense/horror movie. The iconic opening is known to almost everyone, even people who haven’t seen the movie.

Williams then worked with Spielberg for Close Encounters of the Third Kind, where the two devised a series of five notes that would be a main plot point for the movie and could also fit into the film’s score. After this series of success, Spielberg recommended Williams to his friend George Lucas. Lucas had been looking for a composer for his upcoming movie: Star Wars. The score Williams gave is considered some of the most iconic music for any movie and he would go on to win an Academy Award for Best Original Score.

In the 1980’s, Williams went on to compose and conduct the scores for Star Wars: The Empire Strikes Back and Star Wars: Return of the Jedi. In 1976, Williams got a chance to write score for Alfred Hitchcock, a chance Williams was extremely happy to receive. In 1978, Williams would score Superman, making a heroic theme that would become iconic with the superhero. Williams married Samantha Winslow in 1980. Then in 1981, Williams made the music for Spielberg and Lucas’s first Indiana Jones movie: Raiders of the Lost Ark. Williams would come back for the three sequels, building off of original songs and making new songs for new scenarios. In 1982, Williams scored Spielberg’s E.T., earning another Academy Award for the rememberable piece.

Through the 1980’s and 1990’s, Williams made fantastic music for movies including Empire of the Sun, Jurassic Park, Schindler’s List, and Saving Private Ryan. In 1999 George Lucas started the Star Wars prequel trilogy. Williams returned to do the music, combining old theme song with new ones. His song “Anakin’s Theme” was made to sound childlike and innocent, but ended with notes from “Imperial March” (Darth Vader’s Theme). The third movie in the trilogy, Revenge of the Sith, had many themes from the original trilogy echoed throughout the movie with climatic songs to finish out the movie.

When the Star Wars sequel trilogy was announced in 2013, Williams immediately expressed interest in scoring the movies. Lucasfilm went to Williams as soon as the question of music entered production. In 2015, Williams scored the first sequel trilogy movie: Star Wars: The Force Awakens. This movie earned Williams his 50th Academy Award nomination. The next year, Williams scored Spielberg’s The BFG, the movie adaptation of Roald Dahl’s children’s book.

In the future, Williams will continue to score and compose music for different movies. He has agreed to score Star Wars IX and Indiana Jones 5 (both movies still lack an official title). While Williams did not score the 2016 Star Wars anthology film: Rogue One, he did write the main theme for the next anthology film, Solo: A Star Wars Story.

There are only three Spielberg movies that Williams has not scored. The first was The Color Purple in 1985. Later, in 2015, Williams had to miss Bridge of Spies because of a minor health problem. Williams was forced to make a choice in 2017. The post-production of Ready Player One and The Post were too close together for Williams to score both movies. So, he made the choice to only do The Post, giving the other movie to Alan Silvestri (Back to the Future, Forrest Gump, The Avengers). The Post did very well with audiences, but Ready Player One seems to most to be more promising. Only time will tell how good or bad of a choice Williams made.

John Williams has done so much for movies and music. Around 1977, orchestra music was starting to be used less and less in movies. Then, George Lucas made the decision to use Williams as the composer of Star Wars and orchestra music skyrocketed on popularity. Williams saved the position of the orchestra in movies.

Can you imagine the Star Wars title crawl without the iconic music to back it up? Or Jaws without the familiar, eerie notes? Or Harry Potter without the magical theme? No. John Williams’s music affects all the movies he scores. Even if you didn’t recognize the composer, you most likely noticed the music. Williams’s music spans from movies, TV, concert halls, and even four of the Olympic Games (1984, 1988, 1996, 2002). Steven Spielberg puts it the best: “Without John Williams, bikes don’t really fly, nor do brooms in Quidditch matches, nor do men in red capes. There is no Force, dinosaurs do not walk the Earth, we do not wonder, we do not weep, we do not believe.” John Williams’s music has affected us all and he will continue to be one of the greatest composer/conductors that ever lived.