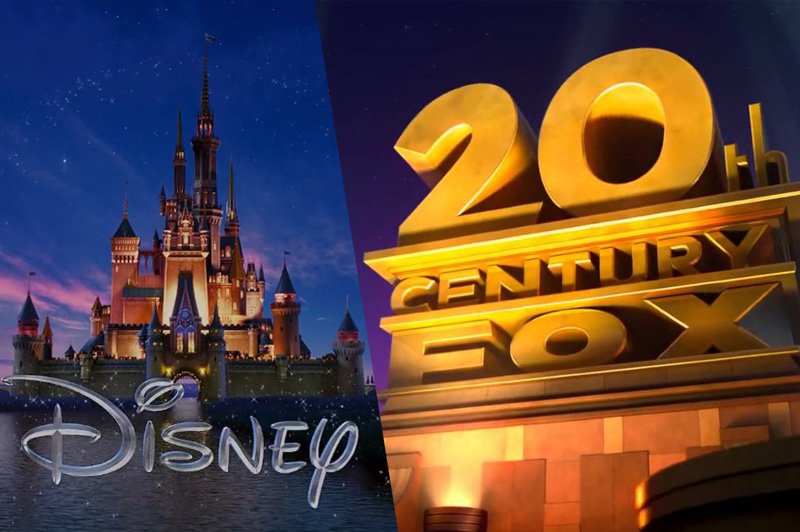 Walt Disney Studios has bought 20th Century Fox. This deal was passed in December for a whopping $52.4 billion. The deal made shock waves through the entertainment business as this is one of the biggest deals made in history. Disney Studios is known for buying profitable studios (such as Marvel, Lucasfilm, and Pixar). 21st Century Fox is still its own company, but it only owns the Fox News channels and the Fox Sports channels.

A great variety of movies are now under the Disney belt. Disney now owns movies like Planet of the Apes, Titanic, Avatar, Ice Age, Rio, Alien, Night at the Museum, and even Diary of a Wimpy Kid. Disney also gets channels like FX, FXX, and Fox. This means TV shows like The Simpsons and Family Guy are now owned by Disney (which actually seems really odd). With such a huge deal, people are uncertain of Disney’s new power. But, there are a couple upsides.

Most people are aware of the Marvel applications of this deal. With the Fox deal, Marvel studios now has rights to the Fantastic Four, the X-Men, and Deadpool. This means that Marvel studios is pretty much complete with all of their properties. What does this mean for the Marvel Cinematic Universe? It means that a MCU Phase 4 could see the X-Men showing up and the Fox franchises getting reboots.

Another great thing about this deal actually involves the famous Star Wars movies. When Disney bought Lucasfilm back in 2012, they received all of the Lucasfilm movies. Except for one. The original 1977 version of Star Wars: A New Hope was still owned by Fox. This is because of a deal George Lucas made with Fox when starting the franchise. So, when Disney bought Lucasfilm, they only got the (hated) special edition version of Star Wars. Now, Disney has completed their ownership of the Star Wars movies. It is now possible for Disney and Lucasfilm to produce a Blu-Ray release of the original (non-special edition) Star Wars trilogy. This would be huge for Star Wars fans, as most of the fans today haven’t seen the original unaltered movies in a long time or ever.

There is a downside to this humongous deal though. Originally, the percentages for entertainment media ownership was: Disney-21.8%, Warner Brothers-18.4%, and Universal-13.8%. Now, Disney owns 33.8% of the entertainment media. This is a little bit more than a third of the ownerships. This is a crazy amount of power, but Disney seems to be handling it well (as far as we can tell).

Why is Disney doing this? Why buy 20th Century Fox in the first place? One main reason-a streaming service. Disney has been planning to release their own streaming service for some time now. The service is currently in the works and is planned to be released in late 2019, which is a little less than two years away. “The pace of disruption has only hastened,” said Robert A. Iger, chief chairman of Disney. “This will allow us to greatly accelerate our direct-to-consumer strategy, which is our highest priority.” Streaming services like Netflix and Hulu have been airing Disney owned properties for a while now, and they have always been successful. But, when Disney opens their own streaming service, they will pull all of the Disney, Lucasfilm, Marvel, Pixar, and now Fox properties off of those services. This leaves services like Netflix with huge gaps in their programming.

Will the new streaming service be any good? This is yet to be seen. If done right, this streaming service could mean access to the entire Disney library of movies (which is an incredible display). How would you like a service with every Disney animated and live action movie available, along with every Pixar, Star Wars, Marvel, and Fox movie ever made? That is what Disney has to decide. The chances of this service costing a lot are very high (keep in mind that Disney has to make $52.4 billion back), but the odds of hundreds of thousands of people getting this service are also pretty high. With the news of Lucasfilm making a new, live action, Star Wars show for the streaming service, people’s curiosity has peaked.

Disney’s ever-growing inventory is now very large. Many questions are still in the air, including questions about other streaming services’ survival. So while there are some good points to this deal, a majority of it is very uncertain and kind of unsettling to people. Whether this deal is successful or if Disney bit off more than they can chew is still unknown. We do know that it will be very interesting to see how this all progresses over the next couple of years.