Wave Washes out RedBirds in Week 1 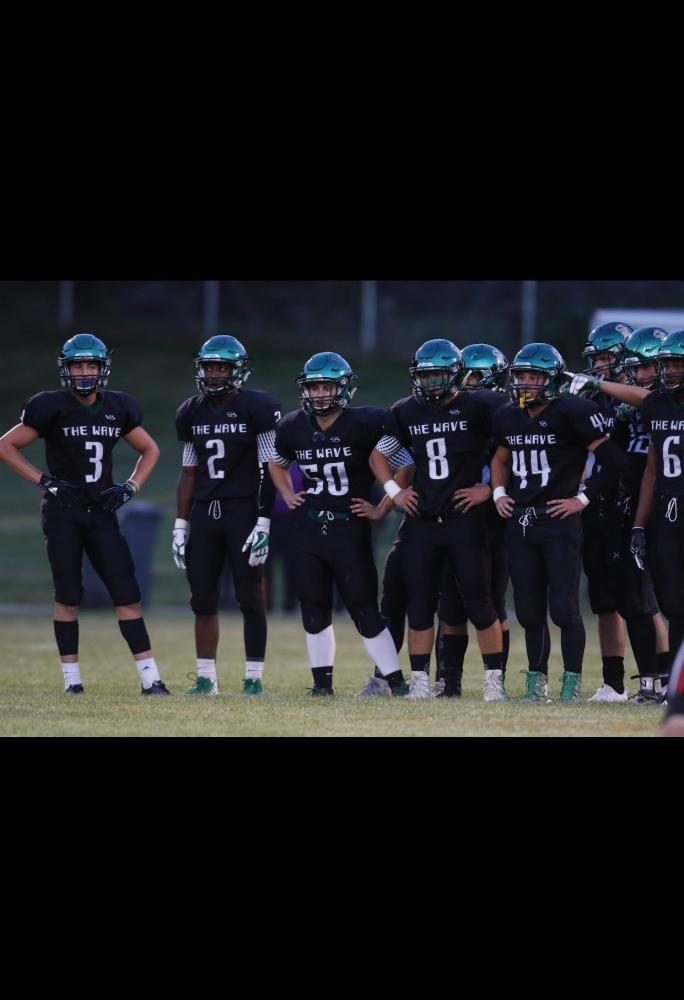 Members of the varsity football team prepare for the game against Metamora.

On August 25, the Green Wave football team, looking for revenge from last year, kicked off the year in a huge win over Metamora. Many people overlooked the Wave vs. the number 7th ranked team in IHSA class 5a. The Wave’s offensive line was the key to the game, leading the Wave to 170+ yards in the game. Senior linebacker and running back Dave Madden said, “Those guys were fighting all game and gave us great lanes to run. I could see them beating their man one-on-one, great double teams, and downfield blocks too.”

The Green Wave missed the IHSA State Playoffs last year by one win, ending the season with a 4-5 record. Knowing the Metro Suburban Blue conference is continuing to get stronger, the Wave knew they needed to have urgency to win a lot of games. The Wave brings back 14 seniors this year; 20 of 22 starting positions coming back onto the field.

That experience played a huge factor in the game and everyone watching could tell the Wave meant business. Junior running back Angel Garcia had 20 touches for 99 yards total. With the help of the run game, senior quarterback Dylan Mlinarich threw 5 touchdowns on 396 yards. Mlinarich connected all 5 times with his two familiar targets, seniors Tyler Holte and Saveon Smith.

The Green Wave’s defense played an incredible game, holding the perennial playoff Red Birds to under 300 yards total. Seniors Holte and Benjamin Harrington forced two turnovers late in the game to lead the team to a heroic victory over Metamora.