The Hardships of Hurricane Harvey 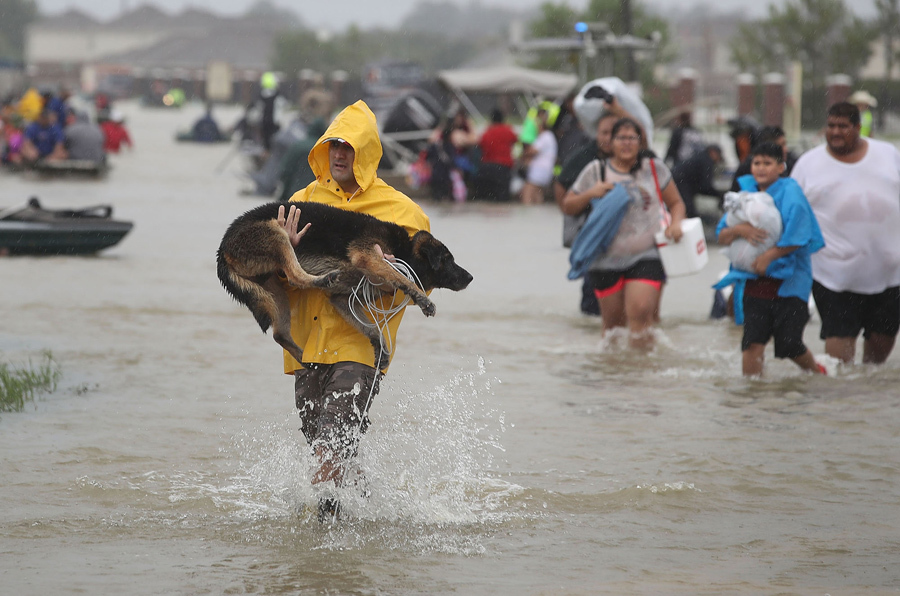 A woman carries a stranded dog through the flood waters after hurricane Harvey.

On August 25, a record breaking hurricane struck the U.S. in Houston, Texas. Hurricane Harvey was a hurricane that started off as a Category 1, but as the storm went on it jumped into a Category 4, making it one of the worst storms to hit the U.S. in 12 years, leaving a death toll of 63 people.

Before 10p.m. on Friday August 25, President Trump sent out a tweet stating “At the request of the Governor of Texas, I have signed the Disaster Proclamation, which unleashes the full force of government help!” One of the hardest towns hit by the storm was Rockport, Texas. This was where the storm first occured in the U.S. According to CNBC, the governor instructed to those who were not evacuating in Rockport to write their names on their arms for identification in case of death or severe injury.

Harvey was traced from a tropical wave that emerged on the African Coast in early August. Then, it eventually moved toward the U.S.

Many celebrities have donated to help the victims and the state with it’s cleanup efforts.  Houston Texans defensive end J.J. Watt created a fundraising campaign called the ” J.J. Watt’s Houston Flood Relief Fund” that had a goal of $200K but ended up raising over 30 million dollars.

The storm left a flood in Houston which trapped citizens and their pets. Search rescue teams were sent out to find those who were stranded. The storm has finally died down and those have evacuated are now heading home to rebuild.