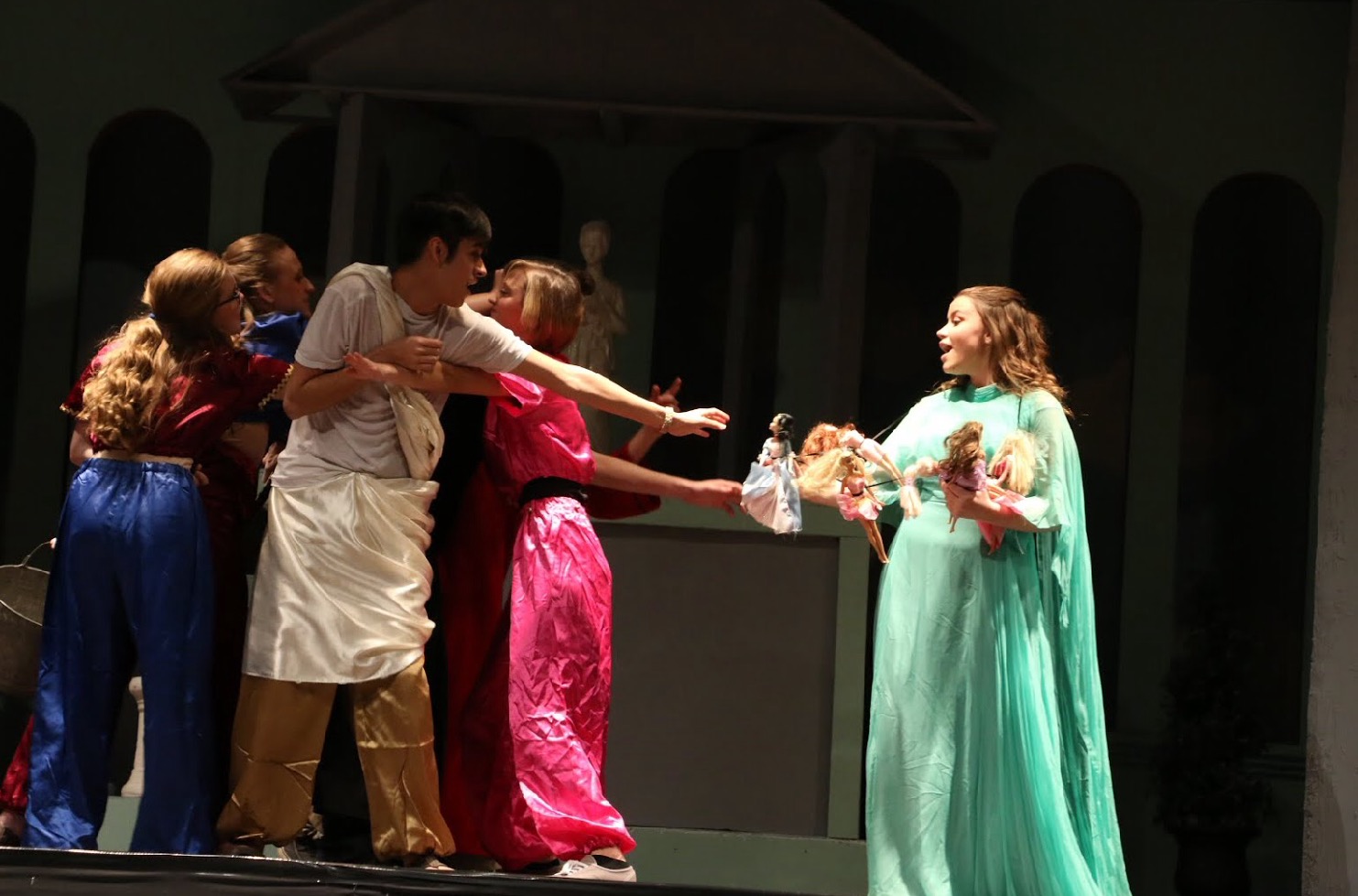 The cast and crew will be around 50 people, offering lots of St. Edward students the opportunity to contribute.

“We did a similar play by the same author several years ago called “The Greek Mythology Olympiaganza”. That was a huge hit for the theatre cast and crew who helped set everything together. I’m so excited to try more of what this playwright has to offer!” said Rodman.

This comedy-mash up will lead us to familiar fairy tales like “Cinderella”, “Little Red Riding Hood” and “Snow White,”  but its originality will surprise us with a variety of comical unexpected scenes.