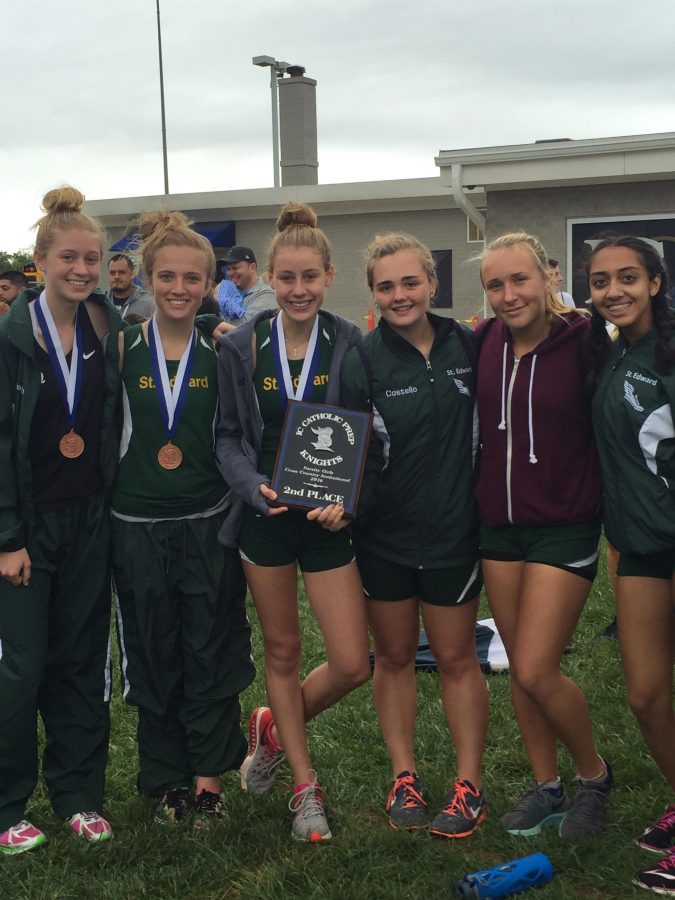 We welcome back all previous members of the cross country teams as well as these new additions.

At recent meets, Varsity girls took first place as a team at the Westminister meet and second place at the ICCP meet. Ms. Beckett is pleasantly surprised by the size of the team this year, especially since the team has about doubled in size from last year

The biggest goal of the year for Ms. Beckett and the girls team is to get all of them to race at the State meet in November.

We’ve gone ahead and interviewed a few cross country runners and this is what they have to say:

From an incoming freshman, we have Madeline Ellsworth, who says she was “forced” to join cross country by friends and family, but however, she says that she is very good at running. When asked if she sees herself still with the team in four years, Madeline thinks that she will be with the team in the future.
As for a returning member, we have current junior, Kailey Wood. Amongst the previous year, Kailey thinks that the team has improved and is better than last year. When racing, she describes the feeling of running as a good sensation and a sense of accomplishment, but when times get tough, sometimes running be a bit exhausting, says the runner. Sometimes there would be times where she would want to quit, however, the thought of finishing, getting good times, and a sense of accomplishment overwhelms that factor.
As for the famed senior, Megan Kremer, we first of all asked if she would consider herself as the Michael Phelps of running. She replied humbly, that she thinks that Bella Uscila is a better candidate for that title.

We hope for the best of our cross country team that they will succeed with their individual and team goals.