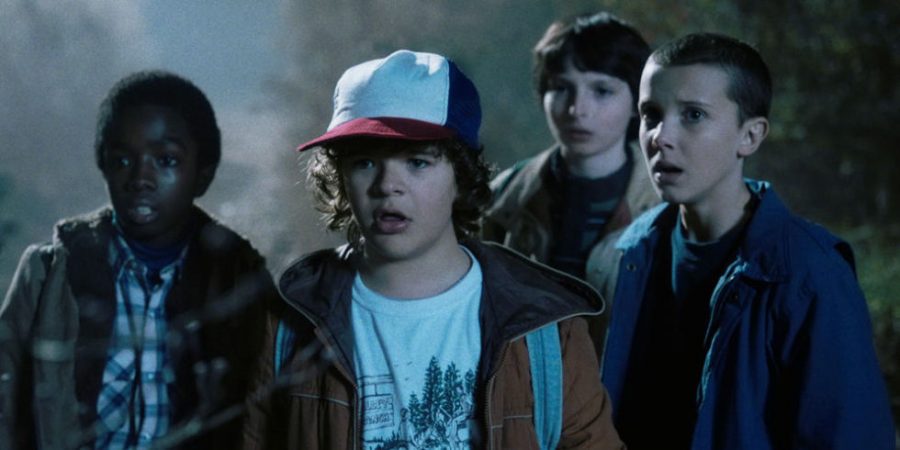 The 1980’s are known for its fashion, music, and especially movies. The new sci-fi thriller from Netflix, Stranger Things, is bringing the 80’s back with heavy influences from movies such as Ghostbusters, E.T., and The Goonies. Music, scenery, costume design, even props are designed to look like they came staright out of the 1980’s.

Set in the fictional town of Hawkins, Indiana, a young boy goes missing without any trace. As the story dives deeper into his disappearance, things only get stranger. Filled with mystery, monsters, and movie references, Stranger Things is captivating audiences across the country. Families are sitting down and binge watching this thriller together.

Stranger Things will leave you on the edge of your seat in suspense and fear, laughing from the hilarious dialogue, and crying from heart-wrenching plot twists, all in the same episode. Stranger Things is introducing many young and unknown child actors with incredible talent, such as Finn Wolfhard and Millie Bobby Brown. These young actors are sure to make it big in the acting business. Season Two was recently announced for 2017.

Final Verdict: 9/10 Almost flawless. If you have a Netflix account, make sure you don’t to miss this show.