Riding the Wave to Florida 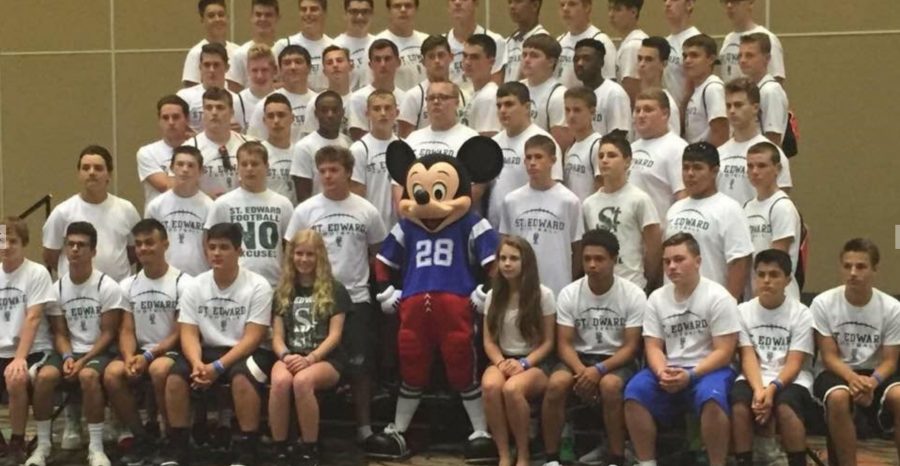 As many of you know the Green Wave football program is on their way to Disney World, in Orlando, FL to play at ESPN’s Wide World of Sports complex this Friday, Aug. 26. The team has worked hard their last two seasons to get to this point. Breaking records in 2015 with star running back Dwayne Allen Jr., the Wave rushed past opponents. This year, returning starting quarterback Dylan Mlinarich will be spreading the offense by throwing more to his skilled wide receivers; the ground game is going to change and the varsity squad of twenty-four has big shoes to fill. Among the returning varsity players are Nolan Theriault, Sam Reedy, Jimmy Harkins, Saveon Smith, Brett Kruska and David Madden. The Wave finished 6-3 in the 2015 regular season and ended their season with a first round playoff loss. Many of last years’ starters graduated, including star Allen (St. Cloud State Univ.). The team only has three experienced seniors (and one newcomer), but don’t let that fool you. This team is prepared for a another winning season and playoff berth.

The Wave will take on Jacksonville, Florida’s Christ Church Academy in Florida. The Christ Church Eagles are an experienced group. They finished 5-4 in the 2015 regular season and made it into the first round of the playoffs. The Eagles have a slight advantage against the Wave because they play in Florida year round. The projected weather forecast for game-night is a high of 89 degrees and a 60% chance of thunderstorms. The Wave from Elgin, IL aren’t used to playing in the hot, humid conditions, but head coach Mike Rolando said that they have been preparing for it. Weather aside, the team is very fortunate to have the St. Edward Cheer team come along with them. They have been working very hard to bring the spirit of the Wave to Florida!