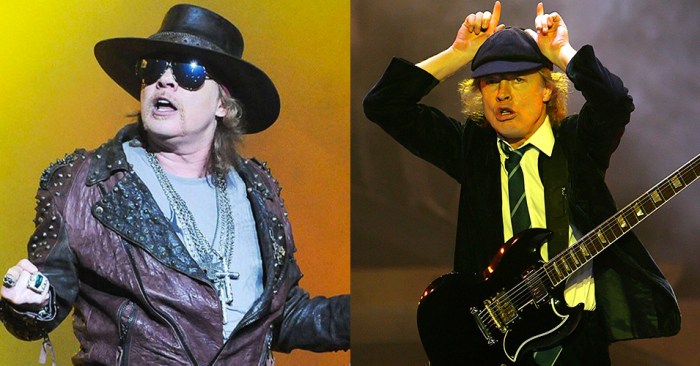 After more than three decades of classic Rock and Roll with AC/DC, lead singer Brian Johnson has been terminated from the band. Brian Johnson received devastating news that he is suffering severe hearing loss and by unanimous decision the band and doctors have decided Brian must stop performing. If Brian continued his career in singing at larger venues then he would be at great risk to total deafness. Brian Johnson explained “The emotional experience I feel now is worse than anything I have ever felt in my life. Our fans deserve my performance to be at the highest level, and if for any reason I can’t deliver that level of performance I will not disappoint our fans or embarrass the other members of AC/DC.”

The band has had their ups and downs over the past couple years, including a new album Rock or Bust and the loss of band members Malcolm Young due to illness and Phil Rudd due to personal issues.

Brian was hired in 1980 after the death of Bon Scott and instantly put out arguable one of the best albums of all time Back in Black. To end an outstanding career, performing in front of thousands of people, Brian gave his last performance on February 28, 2016, in Kansas City. No one knowing he was performing for the last time, everyone was still rocking on the “Rock in Roll Train.” “Being part of AC/DC, making records and performing for the millions of devoted fans this past 36 years has been my life’s work,” said Brian, “I cannot imagine going forward without being part of that, but for now I have no choice.”

“Are You Ready” for the newest edition of ACDC. Since the departure of Brian Johnson the band was on the “Highway to Hell” and was saved by Guns and Roses lead singer Axl Rose. Axl has been a professional singer since 1983 and has been part of Guns and Roses since 1985. Axl has reached out to ACDC informing the band he would be willing to perform as lead singer for the time being. Rock legend Alice Cooper stated “I just think that’s such a unique combination. Whoever has tickets to go to that show has got the golden ticket, ’cause who does not want to see that?”

ACDC has had three outstanding performers no longer participating in the band due to illness and Axl has had his fair share of health issues. He has experienced illnesses such as bipolar disorder and a mutated form of polio, swine flu, and scarlet fever. ACDC cannot afford to lose anyone else, but the band comments, “We are dedicated to fulfilling the remainder of our touring commitments to everyone that has supported us over the years.”