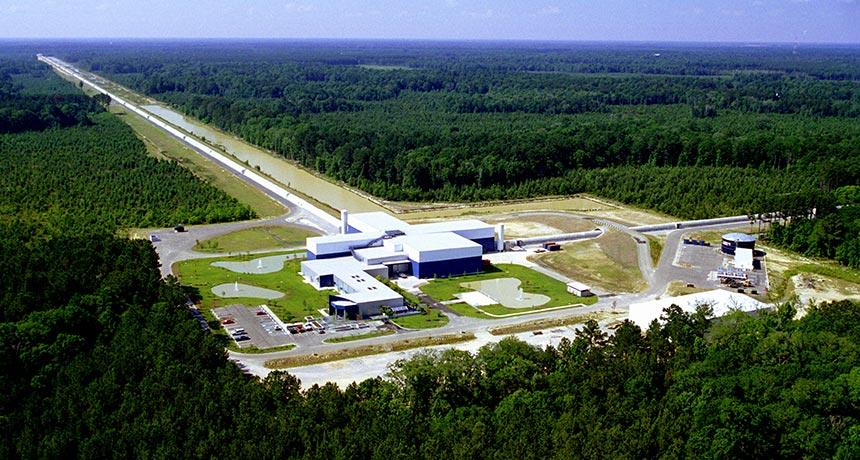 The LIGO machine has its roots in a man named Rainer Weiss. One of the founders of LIGO, he set out to prove that gravitational waves were more than an intellectual curiosity or mathematical quirk in Einstein’s theory, but an actual phenomenon.

“By the time 1967 had rolled around, general relativity had been relegated to the mathematics departments … in most people’s minds it bore no relation to physics,” said Weiss in an interview with MIT. “And that was mostly because experiments to prove it were so hard to do–all these effects that Einstein’s theory had predicted were infinitesimally small.”

In the 1960s big things happened: neutron stars and blacks holes were discovered, technology advanced (more specifically technology advanced in computers and lasers), and Einstein’s theory was propelled further by these findings and advancements.  Later in the decade a physicist by the named Joseph Weber supposedly found these controversial waves using a resonant bar detector, which is a giant xylophone-like instrument. Unfortunately, no one could replicate his results, leading to more speculation as to whether or not these waves exist.

In 1974 two scientists named Russell Hulse and Joseph Tyler discovered great evidence in favor of Einstein’s theory: two neutron stars gradually orbiting towards each other rather than having a stable orbit around a common center of mass. The rate at which they were moving towards each other was also remarkable because it matched the prediction of the gravitational waves. Still this evidence was taken with a grain of salt and many scientists opinions were not swayed; they didn’t think gravitational waves were possible.

In 1975, Weiss asked Caltech’s Kip Thorne to speak to a NASA committee in Washington, D.C. where they began to talk about Einstein’s theory. After hours of conversation, Thorne agreed with Weiss; a laser-based instrument was their best bet on finding gravitational waves.

Recruiting a physicist from the University of Glasgow named Ronald Drever, getting funding from the National Science Foundation, and after suffering many setbacks, their revolutionary idea finally came to life when NSF decided the project was to be headed by only one institution. Caltech eventually took up the role and the LIGO project received a new director. It was a huge risk for both parties involved as the device may have been searching for nothing. Between 2001 to 2010, LIGO ran its first trial tests and came up with nothing. Researchers were not discouraged though, these results were expected.

Many people in the community thought this was a big waste of money, but the researchers didn’t give up. “This is the amazing thing–NSF went into that with its eyes open,” said Fiona Harrison, current head of the division of physics, mathematics, and astronomy at Caltech. “From my perspective now as an administrator, looking back at what my predecessors did, it’s a miracle that it succeeded.” After five years of upgrades and fine-tuning, the LIGO device was again powered up in September 2015. Expecting the same results as last time, researchers were astonished when just days into its running the detector caught its first event. Showing up in Louisiana first then in Washington 7 milliseconds later, the team decided to keep the discovery under wraps until the signal could truly be proven to be a gravitational wave.

Due to a recent trip-up in supposedly finding gravitational waves during the BICEP2 experiment in 2014 headed by Caltech, the team didn’t want another mistaken signal to become something it’s not. “We didn’t want to repeat that experience,” Harrison said. “The right way to do things, and the project felt this very strongly, is to have the paper accepted so it has been peer-reviewed.”

The researchers were even wary of their own team members, worried that one of them could’ve faked it. “They decided it would have to be somebody who understood the instrument well enough,” Harrison commented. “And they found all such people and interviewed them and determined that in face nobody had any motivation to do this. So they thought of everything to really vet that this was real.”